The cognitive short-circuit of ‘artificial consciousness’ 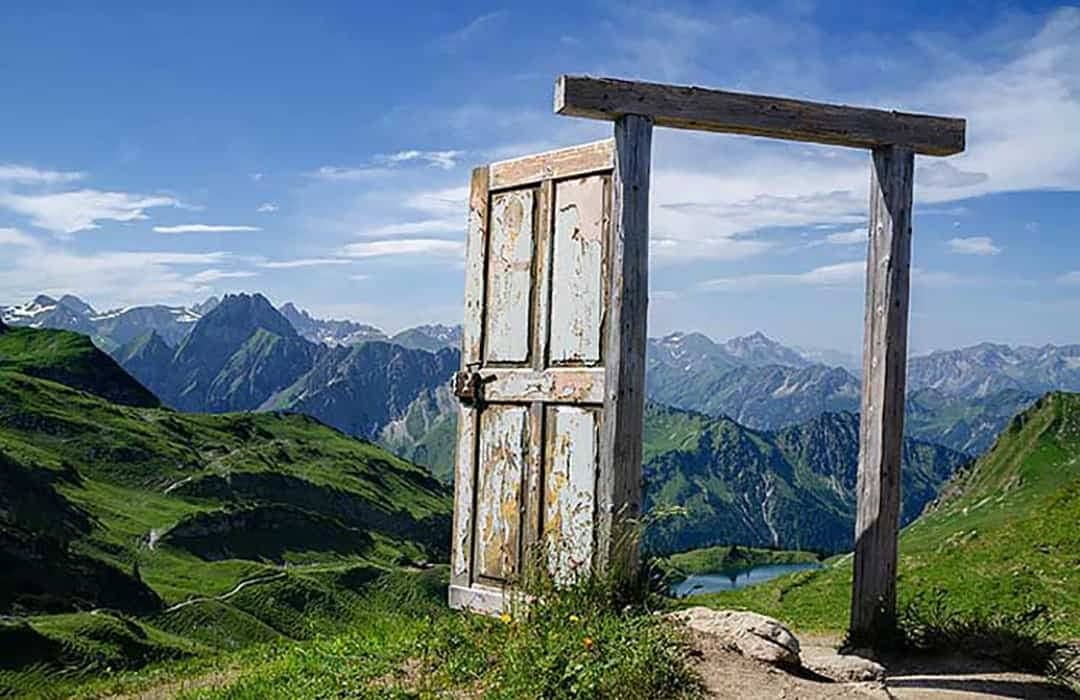 The new sci-fi film Ex_Machina has been teasing back into the cultural dialogue dreams of artificial consciousness: the idea that we humans, through the Faustian power of technology, can birth into being mechanisms capable of inner life, subjectivity and affection. Since these dreams are entirely based on implicit assumptions about the nature of consciousness and reality at large, I thought a few observations would be opportune.

The first thing to notice is the difference between artificial intelligence and artificial consciousness. The former entails the ability to process information in ways that we consider intelligent. In particular, an intelligent machine should be capable of constructing an internal, symbolic representation of its environment so to interact coherently with it. We can test whether a machine is intelligent or not purely by observing its behavior in the environment. Alan Turing’s famous test aims precisely at that. However, none of the symbolic information processing in an intelligent machine needs to be accompanied by inner experience. It can all happen totally ‘in the dark.’ As such, an intelligent machine is, for all intents and purposes, simply a glorified calculator. There isn’t anything it is like to be the machine.

In conscious machines, on the other hand, the idea is that those internal calculations are accompanied by subjective inner experience, or inner life. In other words, there must be something it feels like, from the point of view of the machine itself, to perform the calculations. This is a whole different ballgame than mere artificial intelligence. Moreover, there is absolutely no way to definitively test whether a machine is conscious or not, since all we can ever hope to access is its architecture and behavior. Short of becoming the machine at least for a brief moment, we cannot know whether there is anything it is like to be it.

What makes so many computer engineers believe in the possibility of artificial consciousness? Let us deconstruct and make explicit their chain of reasoning.

They start by making – whether they are aware of it or not – certain key assumptions about the nature of consciousness and reality. To speak of creating consciousness in a machine one must assume consciousness to be, well, ‘creatable.‘ Something can only be created if it wasn’t there in the first place. In other words, engineers assume that consciousness isn’t the primary aspect of reality, but a secondary effect generated by particular arrangements of matter. Matter itself is assumed to exist outside and independent of consciousness.

Next, they imagine that if they can mimic, in a machine, the particular flow of information characteristic of our own brains, then the machine will be conscious like us. This is best exemplified by the work of Pentti Haikonen, who devised what is probably the cleverest machine architecture so far aimed at artificial consciousness [Haikonen, P. O. (2003). The Cognitive Approach to Conscious Machines. Exeter, UK: Imprint Academic]. In my book Rationalist Spirituality I summarized Haikonen’s work as follows:

There are, however, many problems and internal contradictions in the engineers’ reasoning. For instance, for Haikonen’s machine to be conscious there must already be, from the start, a basic form of consciousness inherent in the basic components of the machine. Although he talks of ‘creating’ consciousness, what he proposes is actually a system for accruing and complexifying consciousness: by linking bits of matter in complex ways, the ‘bits of consciousness’ supposedly inherent in them are associated together so to build up a complex subjective inner life comparable to yours or mine. Naturally, for this to work it must be the case that there are these ‘bits of consciousness’ already inherent in every bit of matter, otherwise nothing accrues: you can associate zeros with zeros all you like, at the end you will still be left with precisely zero. So unless consciousness is a property of every bit of matter – a highly problematic philosophical position called panpsychism – all those symbol associations in Haikonen’s architecture won’t be accompanied by experience, no matter how complex the machine. Haikonen will perhaps have built an intelligent machine, but not a conscious one.

Notice that panpsychism – the notion that all matter is conscious – entails, for instance, that your home thermostat is conscious. Allegedly it has a very simple form of consciousness incomparable to mine or yours, but nonetheless there is still something it is like to be your home thermostat. The same applies to your vacuum cleaner, your ballpoint pen, the chair you’re sitting on, a rock, etc. Literally everything is supposedly conscious under panpsychism, having its own private, subjective inner life. As I wrote in my book Why Materialism Is Baloney,

The problem with panpsychism is, of course, that there is precisely zero evidence that any inanimate object is conscious. To resolve an abstract, theoretical problem of the materialist metaphysics one is forced to project onto the whole of nature a property – namely, consciousness – which observation only allows to be inferred for a tiny subset of it – namely, living beings. This is, in a way, an attempt to make nature conform to theory, as opposed to making theory conform to nature. (Page 19)

Some argue that panpsychism isn’t necessary to validate the possibility of artificial consciousness. They argue that consciousness is a property only of the brain as a whole, somehow created by its complex network of information associations, not of individual bits of matter. Indeed, as discussed in my book Brief Peeks Beyond,

Some neuroscientists and philosophers speculate that consciousness is an ‘emergent’ property of the brain. ‘Emergence’ happens when a higher-level property arises from complex interactions of lower-level entities. For instance, the fractal patterns of snowflakes are emergent properties of complex interactions of water molecules. But to merely state that consciousness is an emergent property of the brain is rather a cop-out than an explanation. In all known cases of emergence, we can deduce the emergent property from the characteristics of the lower-level entities that give rise to it. For instance, we can deduce the fractal shape of snowflakes from the characteristics of water molecules. We can even accurately simulate the formation of snowflakes in a computer. However, we cannot – not even in principle – deduce what it feels to see red, to be disappointed or to love someone from the mass, charge or momentum of material particles making up the brain. As such, to consider consciousness an emergent property of brains is either an appeal to magic or the mere labeling of an unknown. In both cases, precisely nothing is actually explained. (Page 59)

Again, we have no reason to believe that computers can give rise to consciousness; only to intelligence.

Consciousness – whatever it may intrinsically be – is the only carrier of reality anyone can ever know for sure. It is the one undeniable empirical fact of existence. After all, what can we really know that isn’t experienced in some form, even if only through instrumentation or the reports of others? If something is fundamentally beyond all forms of experience, direct or indirect, it might as well not exist. Because all knowledge resides in consciousness, we cannot know what is supposedly outside consciousness; we can only infer it through our capacity for abstraction. (Page 12)

In my work, I propose a coherent and rigorous philosophical system wherein all aspects of reality are explained as excitations of consciousness, consciousness itself being the primary, fundamental medium of all existence. If that is the case, there is absolutely no sense in talking about creating consciousness, since consciousness is already there from the start. It is what there is. It can’t be created for it is that within which all creations unfold.

According to my system, reality unfolds in one stream of subjectivity that I call ‘mind-at-large.’ We, human beings, are merely dissociated alters of mind-at-large, much in the same way that a person with Dissociative Identity Disorder has multiple, disjoint, apparently separate personalities. We seem to share the same reality because the empirical world is merely what collective mental processes, unfolding outside our individual alter in the broader stream of mind-at-large, look like from our dissociated perspective. In other words, the world is an image: the experiential perception by an alter of mental processes outside the alter. I summarized this idea in an earlier, short essay that I encourage you to peruse.

As such, what we call ‘conscious entities’ are merely dissociated alters of mind-at-large. An image of that dissociation is a human body. And insofar as we have empirical reason to infer that other animals are also conscious in ways similar to ourselves – that is, insofar as they also have private, subjective inner lives – their bodies, too, are images of this cosmic dissociation. Going further down the chain of biological complexity, it isn’t unreasonable to infer that metabolism itself – that process common to all life – is the most basic image of dissociative processes in mind-at-large.

Therefore, our feeble attempts to engineer an entity with a private, subjective inner life similar to our own aren’t really attempts to create consciousness. Instead, they are attempts to induce dissociation in mind-at-large, so to create alters analogous to ourselves.

Based on this understanding, do we have any reason whatsoever to believe that the mere mimicking of the information flow in human brains, no matter how accurate, will ever lead to a new dissociation of mind-at-large? The answer to this question can only be ‘yes’ if you think the kidney simulation can make the computer urinate. You see, if the only known image of dissociation is metabolism – that is, life – the only reasonable way to go about artificially creating an alter of mind-at-large is to replicate metabolism itself. For all practical purposes, dissociation is metabolism; there is no reason to believe it is anything else. As such, the quest for artificial consciousness is, in fact, one and the same with the quest for creating life from non-life; or abiogenesis.

The computer engineer’s dream of birthing a conscious child into the world without the messiness and fragility of life is an infantile delusion; a confused, partial, distorted projection of archetypal images and drives. It is the expression of the male’s hidden aspiration for the female’s divine power of creation. It represents a confused attempt to transcend the deep-seated fear of one’s own nature as a living, breathing entity condemned to death from birth. It embodies a misguided and utterly useless search for the eternal, motivated only by one’s amnesia of one’s own true nature. The fable of artificial consciousness is the imaginary bandaid sought to cover the engineer’s wound of ignorance.

I have been this engineer. 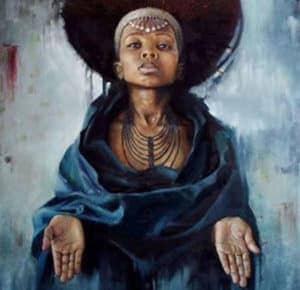